Or, Take A Peek At The 3rd Book In The Dark Caster Series 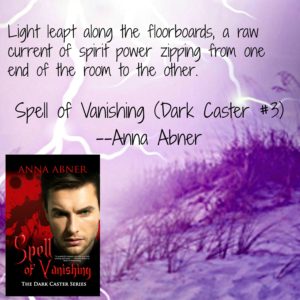 Or, Is This Ohio House Haunted?

The Creepy, Death-Filled History of Ohio’s Most Haunted Mansion

Built in 1881 in Cleveland, Ohio, Franklin Castle gets its name from the street it sits on—Franklin Boulevard—and gets its reputation from the mansion’s dark history of unfortunate deaths. The imposing house was commissioned for Hannes Tiedemann, a German immigrant. With 20 rooms and elaborate fixtures, including turrets, gargoyles and a ballroom, the place truly looks like a castle out of a fairy-tale.

A short ten years after it was first built, Tiedemann’s 15-year-old daughter died of complications from her diabetes. Shortly afterwards, Teidemann’s mother passed away.

Then over the next three years, three more of Tiedemann’s children died, sparking speculation and suspicious in the community. Rumors flew about the family, involving sexual scandals and murder—perhaps linking the terrible alleged crimes to the house’s haunted reputation.

To distract himself and his wife from their grief, they performed extensive remodeling on the house, making it even more elaborate than ever before. During Prohibition, there were even unfounded rumors of hidden passageways used for bootlegging.

Teidemann’s wife died at the age of 57 in 1895, just four years after the first death in the house. The house was sold to new owners, and Teidemann would die some years later with no heirs to inherit his wealth.

It is believed that Teidmann’s wife stayed behind, in spirit form, after the sale of the house. Known as the Woman in Black, it’s said she is sometimes spotted lingering on a certain balcony and upstairs rooms.

In the 1960’s the house was inhabited by a family of eight, who soon began to experience some otherworldly encounters. The Romano family reported multiple ghost sightings, and even turned to exorcisms on the house, and ghost hunters. Eventually the family chose to leave the house than stay in the haunted place.

My Review of Sarah MacLean’s 9 Rules to Break

Or, My Take On The Regency Romance Nine Rules To Break When Romancing A Rake 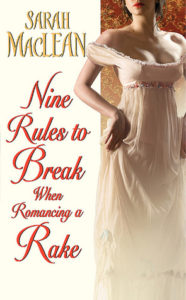 Lady Calpurnia Hartwell has always followed the rules, rules that have left her unmarried – and more than a little unsatisfied. And so she’s vowed to break the rules and live the life of pleasure she’s been missing.

But to dance every dance, to steal a midnight kiss – to do those things, Callie will need a willing partner. Someone who knows everything about rule-breaking. Someone like Gabriel St. John, the Marquess of Ralston – charming and devastatingly handsome, his wicked reputation matched only by his sinful smile.

If she’s not careful, she’ll break the most important rule of all – the one that says that pleasure-seekers should never fall hopelessly, desperately in love….

I have yet to read a bad novel from Sarah MacLean, and 9 Rules to Break When Romancing a Rake is no exception. It has almost every regency cliche and trope you can think of, which actually made it really fun. Callie is a wallflower looking to spice up her boring existence with a list of nine things proper ladies should never do. She’s also secretly in love with the rakish and handsome Marquess of Ralston. Luckily for them both, they keep running into each other so that Ralston ends up helping Callie with her list. Along the way they deal with the heroine dressing as a man, gentlemen’s clubs, duels, wagers over women, fittings at a seamstress’ shop, lots of shopping, love matches, kissing in alcoves, the theater, de-flowerings, and balls. Everything important happens in front of the entire ton at someone’s fancy ball.

My only critique is that the middle 25% lost some of the beginning’s excitement, and I skimmed over that section. But the pace and tension picked up in a big way in the final 30% of the novel. I couldn’t put it down, I was so eager to read the end.

There’s also a subplot about Ralston’s Italian half sister that really goes nowhere. I assumed she was introduced so that she can be the heroine of a future novel.

9 Rules to Break When Romancing a Rake was a fun, fast-paced read, and I’m so glad I downloaded it.

Want to Tour a Haunted House?

Or, Guests Are Welcome At Haunted Altona Homestead

Written by Goya Dmytryshchak in March 2016 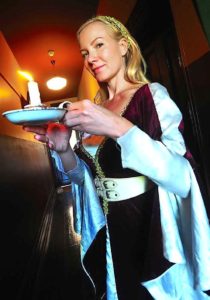 Sarah Langhorne died in 1871, but many people claim to have seen her ghostly apparition peering from a window of Altona Homestead.

The homestead, built by Sarah and husband Alfred in 1842, has long had a reputation for being haunted and has attracted international attention from paranormal investigators.

Now Lantern Ghost Tours will run guided tours of the homestead from next month as part of the National Trust Heritage Festival.

Company founder Jacqueline Travaglia says there have been numerous sightings of a forlorn Mrs Langhorne, who missed city life and whose beauty stopped her from making friends.

Her life was marred by tragedy after she lost two of her children.

“Although Sarah is long departed, people have seen a sad woman’s face staring out from the lounge room window.”

Four and Tris are one of my favorite couples, so I’m devoting July to the Divergent series ship. Enjoy! 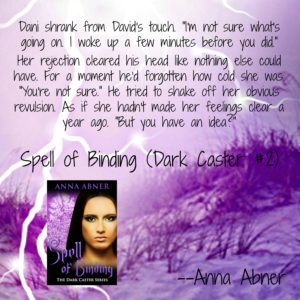