Is This Wales’ Most Haunted Place?

Or, A Haunted Theater In Wales

Is This Wales’ Most Haunted Place?

The Eerie Theater Where Staff Are Scared To Be Left Alone 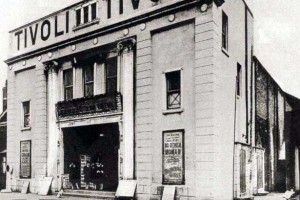 Staff at a former theatre in North Wales are scared to be left alone in the spooky old building following a series of ghostly incidents.

Bosses at the Tivoli Venue in Flintshire decided to call in the paranormal experts behind popular TV series Most Haunted to shed some light on the eerie goings on.

Manager Leighton Openshaw, who has been working at the venue for five years, said: “When I first started working here, I had a glass thrown at me.

“There was no one else here, but it was like someone or something picked the glass off the floor and hurled it across the room at me.

“I thought someone was playing a joke, but everyone was downstairs – it was really creepy. I couldn’t wait to finish my shift and get out.”

The Tivoli opened as a theatre in 1925 and has since been transformed into a cinema and, most recently, a live music venue.

According to local legends, the building is haunted by the ghost of a projectionist who died in a fire in the 1940s.

“One night, I was looking at one of our CCTV cameras and I saw a person hanging from the ceiling of a room upstairs,” recalled Leighton.

“I thought my eyes were playing up, so I called some of my colleagues over and about six of us all saw it.

“We went to investigate, but there was nothing there. When we came back down, the image had disappeared from the monitor – it was quite sinister.”

Staff believe there are at least half a dozen ghosts haunting the 90-year-old building – some good, some playful and some malign.

“Stuff happens here that we have no way of explaining,” said the manager.

“There’s been a lot of weird stuff going on. We know the building is haunted and that’s why we decided to get in touch with the guys at Most Haunted, so they could come and investigate.”

The film crew visited the building on Brunswick Road in Buckley last month and spent a full day filming, staying late into the night in the hope of catching any paranormal activity on camera.

“A lot of spooky stuff happened while they were here, but we’re not allowed to say what,” said Leighton.

“Some of the staff think we’ve annoyed the spirits by letting the cameras in,” explained the 32-year-old manager.

Some staff members have now admitted they are now too scared to be in the building alone.

“Since the film crew left, it’s woken up a few things we didn’t actually know about,” said Leighton.

“A few people have reported hearing footsteps downstairs while they’re working. One night, they were so scared, they ran out of the building.

“A lot of people get a shivery feeling in here too. I’ve had it myself – it’s like a cold tingling all down your spine.

“It’s really weird and hard to explain, but we’re convinced it’s the projectionist who lives here. It’s the stuff of nightmares.

“Up until the film crew came, I’ve never been scared here, but I’d never work alone now. It’s much too creepy.”