Or, Only Investigate These Sites During The Day! 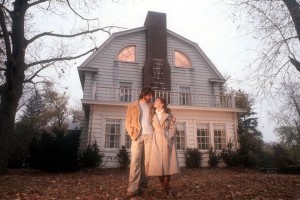 Back in November of 1974, a couple and four of their children were murdered by their oldest son. The entire family was shot while they were asleep in their beds.

This was in Amityville, New York, a little town on Long Island.

Soon after, the Lutz family moved into the home…to an unwelcome surprise: they believed the house to be haunted. They said to have experienced things such as oozing walls, apparitions, cold spots and strange odors. It was the house that inspired the Amityville Horror, one of the most iconic horror films of all time.

As terrifying as that sounds, there is a place not far away- about 10 miles- in Melville, New York, that is said to be haunted by some incredibly active spirits. 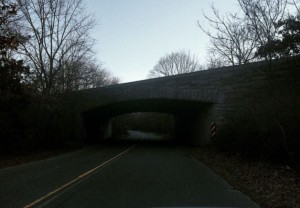 Sweet Hollow Road, running parallel to Mount Misery Road, has been subject to paranormal investigations, and plenty of people going to check it out themselves.

The road itself has the feeling of something truly terrifying. No matter what time of year you drive down Sweet Hollow Road, it always seems to feel like a chilly night in the middle of the fall. There are no streetlights, and it is a long, winding, one-lane road once you cross under the overpass.

One story is of the asylum in the woods off of Mount Misery.

A small asylum was built in the woods back where the road ends, and one of the patients, Mary, supposedly set it on fire, essentially killing almost everyone in the building. Rumor has it that you can still hear the screaming patients from the fire. Even creepier: apparently they rebuilt the asylum…and it burnt down a second time. The second fire was never figured out.

Another story is of a police officer. Supposedly if you’re pulled over on Sweet Hollow Road, take a look at the back of the officer’s head as he walks away…there won’t be anything there!

It is said that a woman driving on the overpass above Sweet Hollow (see picture above) got into a head-on collision, and now if you flash your lights where her car crashed, you will see a shadow sit up. Is it a trick of the eyes, or is it a spirit making herself known…?

There are tons of other legends that are related to Sweet Hollow Road, and each story has plenty of variations. However, each story has something in common- many Long Islanders have experienced the same things. Many have seen a “hellhound” with glowing red eyes that means imminent death, as well, so look out for that one…