Or, A Photo Journal Of My Explorations Of Eastern Virginia

I love history. There isn’t a historical marker I won’t swerve off the road to investigate. And American history is one of my favorites. The Revolutionary War, the Civil War, Colonies, Explorers, Native Americans… What’s not to love?

The past few years I’ve taken over Spring Break at my house and turned it into an annual history-seeking road trip. Two years ago we visited Roanoke Island (A lifelong dream of mine), Kitty Hawk, and Fort Sumter. Last year we explored the historical districts of Savannah, Georgia. This year we headed north to Virginia to learn more about the Colonial period in American history.

I don’t know who owns this house or why it fell into disrepair, but I can’t get enough of it. If I wasn’t afraid some Highway Patrol Officer would cart me away for trespassing I’d explore every dusty, cobwebbed corner. Doesn’t it spark images of antebellum ghosts, pale ladies in long gowns, and supper by candlelight?

It started to rain as I trekked toward the Harriet’s Chapel historical site. It didn’t bother me. What’s a little rain when you’re standing on a Civil War battleground? But my daughter wasn’t as excited about this church (not the original) and stayed dry in the car with the iPad. 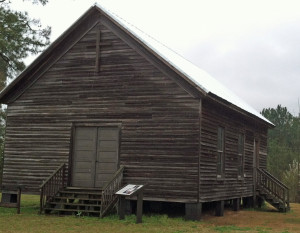 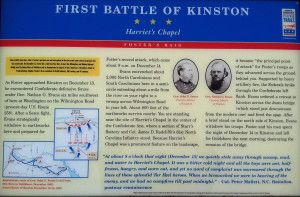 One of the best parts of visiting Colonial Williamsburg with a kid was finishing their historical scavenger hunt called RevQuest. We followed clues around the village, solved a cipher, met a spy, texted clues to receive more clues, and solved a mystery.

And because I’m a total dork I took a picture of this house because of its plethora of pleasing vertical lines. 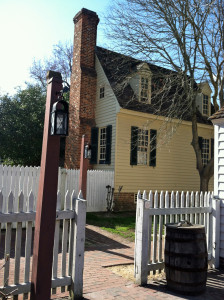 Check back next week for part 2!