Or, Paranormal Activity Forced Family From Their Home

Jump to the original article here or read below for full story.

Family Moves Out Because House is Haunted 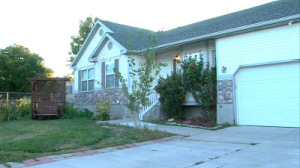 The family currently renting the home formerly owned by Josh and Susan Powell says they have moved out.

Joanna Aeosana says since she and her family moved in two months ago numerous mysterious events have occurred inside the home. She says the company who leased the house to her never shared the history of the home.

In 2009, Susan Cox Powell disappeared from the home and was never seen again. Her husband, Josh Powell, was the only person of interest in the case. He later ended up killing himself and the couple’s two sons in a house fire in Washington State.

Aeosana says she was unaware of the Powells’ story and says, almost from the moment her family moved in, strange things have been happening.

“I hear people crying when I’m showering,” she told 2News.

Aeosana also says the garage door opens and closes on its own. Most recently, she said her 1-year-old son was talking to an empty swing in the front yard and saying, “Go away, leave me alone.”

Aoesana says she didn’t know about the history of the home until a neighbor told her. In the last few days, she said her family has moved out and is asking that the company who leased out the home, American Homes 4 Rent, help them find a different place to live or allow them to get out of the lease. The home is being held in a trust as the details of the estate are being worked out.

Real estate agents are not required to disclose the personal history of the home, but Aeosana says they should have a moral or ethical obligation to do so.

“I believe they should have told me,” said Aoesana. “I just don’t want to be in there.”