Or, Discover the UK’s Ghostly Forest 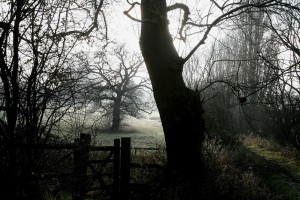 Ghostly appearances, spooky sounds and bizarre phenomena that seem to defy the laws of science are all a part of a paranormal legacy in the wild corners of Epping Forest.

The forest’s size, density and proximity to London have made it a popular criminal hideout for centuries, and its dark woods have likely been the site of many hidden burials.

Stories and reports of ghostly sightings in the forest are a source of ongoing fascination, with many groups and organisations showing an active interest in the spooky stories.

In December 2003, an episode of the paranormal investigation show Most Haunted was broadcast live from the forest as the crew apparently pursued the spirit of the infamous highwayman Dick Turpin.

Although he was born in Hempstead around 1705, Turpin is known to have opened a butcher’s shop in Buckhurst Hill and in his later life he was notorious for using the forest as a base for his criminal activities.

He murdered at least one man in the forest, for which he was tried and hanged in York in 1739.

In the live broadcast of Most Haunted, Turpin’s spirit apparently presented itself to Yvette Fielding and led the crew off the path and into the depths of the forest, forcing them to call a forest keeper to rescue them.

They had originally been filming at Loughton Camp, an area of the forest that Turpin used as a hideout and is notorious for paranormal activity.

The site, which is just outside of Loughton, is thought to have been used as an army base by the tribal queen Boudica, and this has led a number of people to think that the spirits and memories of dead soldiers have been left in the area.

Alan Smith, member of the paranormal investigation group Parahauntings UK, said there is a possibility that certain emotions can linger.

He said: “The ‘Stone Tape’ theory suggests that emotions and energy imprints itself on the surroundings in a magnetic way, much like cassette tapes.

“The camp would be an area of very high emotion. Being a war time camp, there would be the emotions of going to war and being worried about not coming back.” He added: “You never know what you could find when you go down there.”

A number of accounts have reported muffled sounds of drums and marching emanating from the forest, and some people believe that this is caused by the spirits of dead soldiers.

Several reports have been made over the years of spirits apparently taking material form.

In the 1960s, there were sightings of ghostly figures emerging from a pond near Lindsey Street in Epping. The figures were said to emerge from the pond on horseback before riding towards town and disappearing.

Another pond at an unknown location deep in the woods is said to draw people to commit suicide in its murky waters, after two young lovers died in a tragic murder-suicide at the pond 300 years ago.

Restless spirits have also been blamed for Epping Forest’s most well known and bizarre supernatural phenomenon that persists to this day: cars appearing to roll uphill at Hangman’s Hill.

If left in neutral, cars left at the bottom of Hangman’s Hill in High Beach appear to defy gravity and roll uphill, and local legend has it that this is the spirit of a hangman dragging an unfortunate criminal to his execution.

A more scientific explanation suggests the phenomenon occurs because of an optical illusion, with the road only appearing to slope upwards.

Despite the mystery of Hangman’s Hill being solved, many people have been left unable to explain their own experiences in the forest and the supernatural legacy of criminal activity and hidden violence persists to this day.