Or, Is This Woman’s Brother Haunting Her From The Grave? 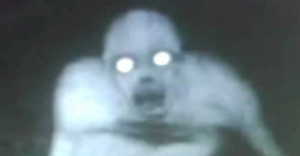 For the past six years, Donna Ayres has been plagued by a series of disturbing supernatural experiences. The mother-of-four from England has witnessed everything from the casual levitation of spoons, to light fixtures swinging violently without any wind, and once she was badly bruised from a spirit pinning her down to a bed.

Before you jump to the very logical conclusion that Donna’s house must be haunted, we should note that she’s moved five times since these eerie instances started happening and no matter where she goes, she can’t escape the ghoul who she believes is the ghost of her brother.

“Ever since my brother died strange things have occurred in every house I’ve lived in, it’s been a living hell.”

She says that she and her brother had a very troubled relationship adding, “Perhaps that’s why he’s come back to haunt me.”

“The paranormal activity first started in 2009, around the time my brother died, when I began to hear bangs at night, and then scratches appeared on the wall. Since these first encounters I’ve had nothing but rampant paranormal activity in every house I’ve lived in, I’m just at the end of my rope.”

“I have even woke up with bruises some mornings, despite not being in contact with anyone.”

We know one thing’s for certain—someone is messing with this woman. Whether or not it’s actually a poltergeist, we can’t say.