Or, How Crystal Leo and Melissa Pahl Work Together to Write Fun Paranormals 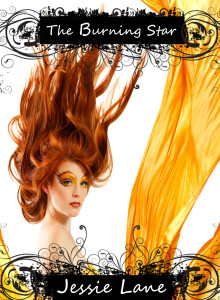 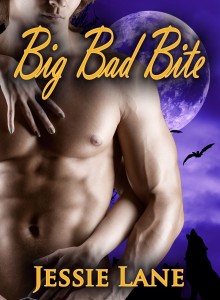 Jessie Lane is the writing team of Melissa Pahl and Crystal Leo. The two sisters-in-law share a passionate love of naughty romance, cliff hanging suspense, and out-of-this-world characters that demand your attention, or threaten to slap you around until you do pay attention to them. Because really, it is ALL about the characters.

Crystal and Melissa often live half their lives with their heads in the clouds dreaming of alpha military hunks, werewolves, and kick ass heroines.

Their first YA novel, The Burning Star, was released in May 2012. Big Bad Bite is their second novel, but their first adult paranormal romance, and it was released in January 2013. They are now working on their next three novels, Secret Maneuvers, Walk On The Striped Side, and The Frozen Star. With these projects underway, they are looking forward to showing the rest of the world the crazy stories, heroes, and heroines that often plague their minds until written, and hope you will join them on their journey!

Anna Abner: First, thank you for stopping by to talk about your paranormal novels The Burning Star and The Big Bad Bite. Can you start by telling us how you write as a team?

Crystal Leo: Melissa and I realized a long time ago that we feed off of each other’s creativity. Others might have a hard time writing with someone else, but the two of us are so alike that it doesn’t bother us at all. In fact, it’s common for one of us to pick up the phone when we’re stuck on a sentence or an idea and the other is able to know exactly where we were going with the idea and help get the ‘stuckee’ subsequently ‘unstuck’.  That’s very much how the partnership began. I called Melissa to complain about what I was stuck on and she walked me right through all of the problems I had. That’s when I realized that we were on to something. So, the process between us is simple. One of us starts the story and the other adds to it and polishes it. That technique works very well for us.

AA: You’ve written both, but do you prefer writing young adult over more adult stories?

CL: I would have to say that Melissa and I feel like we can be more of ourselves in the adult genres. With the young adult genre we constantly straddle a line between what we want to write and trying to be respectful of what parents would want their children to read. So personally, I try to think in terms of, ‘Would I let my daughters read this if they were 15 or 16?’ That question usually helps me through the books. That isn’t to say that some parents still won’t have issues with some of the things we write, but we do have to be true to ourselves as writers.

AA: I loved Burning Star, book one in the Star Series. What do you have planned for future stories in the series?

Melissa Pahl: Thank you, and we’re happy you loved it! We don’t want to spoil too much, but book two, The Frozen Star, is in the works. Our goal is to release it by the end of this year. What I can tell you is that this book will focus on Kira’s journey into her new life and how everyone is working together to rescue Kay.

AA: The heroine in Burning Star has cancer. What made you decide to give Kay a terminal disease?

CL: This book was inspired by a very crazy dream I had one night. (My husband blames the Mexican food I ate, but we’ll just ignore him.) So in my dream I saw a very sick girl. When I started writing Kay’s story I chose cancer because I was hoping to shed light (and perhaps give a little bit of fantastical hope) to those kids that do suffer from cancer. Cancer runs in my family in many forms, and it’s a very hard thing to deal with. I look forward to a day where it does not exist anymore.

Anyone interested in finding out how they can help the cause of fighting cancer should check out St. Jude’s Children’s Hospital and The American Cancer Society.

AA: In your novels you write about werewolves, faeries, witches, seers, and spells. Where do you draw your inspiration from?

MP: Our imaginations are always running wild. Plus, we read a lot. I personally have too many books and encyclopedias about everything ranging from mythology to the creepy paranormal. My husband started this addiction of mine with a book on Egyptian mythology and continues to feed the habit, so to speak.

AA: You mentioned encyclopedias. How much research is involved in your writing?

MP: I think we over research sometimes, which often makes for interesting emails and phone calls to one another. They normally end up with one of us laughing hysterically and spitting coffee on our computer screen.

MP: Shelly Laurensten, Kristen Ashley, Cassandra Clare, Jo Davis, Shayla Black…um I read a lot and so does Crystal. I think we will have an endless list if we keep going. Lol.

AA: When did you know you were a writer?

MP: Honestly, I’m not sure exactly when I knew, but when I was a teenager I was always writing in my journal. It was bits and pieces of quotes and poems or even lyrics that meant something. I actually still have all those books…Might need to look in them for motivation for when I get writers block.

AA: Sounds interesting! What advice would you give to struggling writers just starting out?

MP: Don’t let the negativity get you down. Not everyone will like what you write. Take the criticism with a grain of salt and learn from it. But most of all, you wrote it so be proud of it. Remember, you are a writer and no one can take that from you.

AA: What can you tell us about your upcoming projects?

CL: *rubs hands together in glee* We’ve got a lot of exciting things going on right now! Last January we released our first adult paranormal book, Big Bad Bite. It’s made a few of the Kindle bestseller categories on Amazon. That was seriously exciting! We have our first adult contemporary romance, Secret Maneuvers, scheduled to release June 15, 2013. Make sure you put it on your Goodreads ‘to-read’ list! At the end of this year readers can look for The Frozen Star (book #2 in the Star Series) to be released with a new, professionally edited version of The Burning Star. We’ll also be releasing Walk on the Striped Side (book #2 in the Big Bad Bite Series)! We’re very busy girls this year, but it’s all a work of love anyways!

Thank you for having us on your blog today Anna and readers! We enjoyed our visit and hope you’ll stop by our website to enjoy excerpts and playlists for the books! 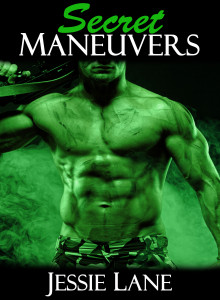 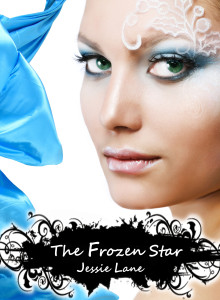 Thanks for stopping by, Melissa and Crystal! I wish you the best of luck in all your future projects.