Or, Fun Pics From My Holiday Baking Extravaganza!

Or, Stay Away From This One!

“Haunted” House For Sale — Complete With Blood on the Walls!

Written by Adriana Velez in August 2014

So, you’re looking for a house in the Detroit area because you hear they’re ridiculously cheap. And this one catches your eye. It’s probably a fixer-upper, but it’s a 2,084-square-foot, 4-bedroom brick colonial — for only $19,500! You HAVE to take a look, right? This is so worth considering. There’s just one little thing. According to the listing, it was “previously a Halloween haunted house.”

No big deal, right? Yeah … well, maybe you should see some photos first. Let’s just say, the seller is “highly motivated” to sell but couldn’t be bothered to stage the house.

Maybe you should sit down.

So, is it me? Or are the words “YOU WILL DIE” scrawled on the wall in blood along with bloody handprints? I mean, haha, obviously it’s just red paint. I know that! But yeesh. That’s creepy. They must have just forgotten to repaint this room. I can understand that. They were probably in a hurry to list this house. Let’s see some of the other rooms.

Hmm, well, I guess you’d have some plaster work to clean up here. And the bars on the window aren’t very warm. Ceiling needs to be redone. And — ew, what’s that on the door to the right? Bloody handprints? Bloody hell! Honestly, couldn’t they have painted over that before taking this photo? I’m afraid to see the other rooms.

ZOMG!!! First of all, this room looks like a crime scene. Secondly, is it a kitchen or a bathroom? That’s almost as scary as the fake blood. And what’s up with the random staircase? Where does it lead, and what’s inside the doorway? Never mind, don’t tell me. Whatever it is, I don’t want to see it.

Well then. Good luck selling this house! I think spending a couple hundred and an afternoon to do a little emergency repainting could have made the difference between selling at $19,000 and not selling at all. But then, I’m one of those crazy people who doesn’t like seeing the words YOU WILL DIE on the walls of my future home, you know? But maybe this listing will draw a more adventurous sort who’s not so picky.

Or, Dig Into The Dark Caster Series This Halloween Season

Like ghosts? Magic? Witches? Spell of Summoning, Spell of Binding, and The Night Trevor’s Soul Came Loose are perfect reads this Halloween.

And don’t forget to leave an honest review! I love hearing your feedback. 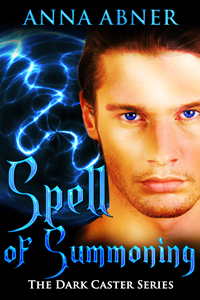 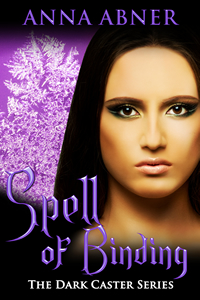 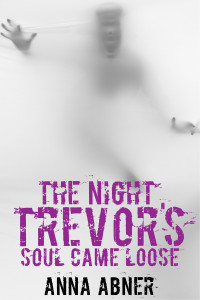