Vampires, Shifters, and Cheap Books: Sign Up For My Monthly Newsletter Today.

Or, Try The 1st Book In The Red Plague Series For No Cost 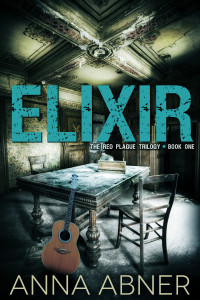 The ebook edition of Elixir is still free on Amazon today. Click HERE, and try it today! 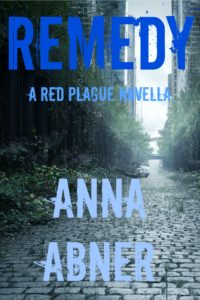 Seventeen-year-old Callie Crawford is used to fighting. She was an all-star wrestler in high school, and since 212R destroyed her world, she hasn’t stopped fighting. When her high school boyfriend Levi caught the virus, Callie saved him by keeping him chained in a rural North Carolina barn, waiting for something to change.

Before 212R, Roman Duran was a computer nerd, but since the virus, he’s become a guard in the survivor enclave in Washington, DC. After volunteering for a rescue mission, Roman has been belittled, robbed, and left for dead. He hasn’t saved a single person.

Until he stumbles across Callie. Because she has a zombie on a short leash, and Roman is carrying a syringe full of zombie cure.

Callie and Roman will face soulless survivors and rabid zombies on their journey to save a single infected. Along the way, Callie will have to choose between her past and a whole new future.