Short blurb: While out patrolling, Peter Parker gets distracted and is impaled. The two teens who take him home and try to patch him up do a terrible job. If Peter weren’t so weak, he’d tell them to call Tony Stark. Unfortunately, Peter keeps passing out before delivering the message.

Peter Parker swung between high-rises, enjoying a beautiful fall day in New York, the sun’s heat on his skin. His new suit was in the shop for repairs, meaning Tony had commandeered it for upgrades. Peter’s old suit didn’t regulate temperature, and it was a nice sensation to actually feel the air around him.

His spider sense went wild, and Peter dodged left, a tricky maneuver in mid-air, but the paint pellet missed. He whipped his head around and caught sight of a duo of teenagers laughing and scampering behind a dumpster, bulky paint ball guns slung on their shoulders.

Peter turned back around just as a building rose up in front of him. Distracted, he’d miscalculated his swing. He hit the stonework hard enough to rattle his teeth and make the lights blink off and on.

He palmed the wall and took a second to breathe and assess the damage.

No Karen to give him stats on everything from his pupil reaction to oxygen levels. He was back to basics.

His belly hurt a lot more than he thought it should. He’d hoped the lightening bolts of pain in his abdomen would fade as he rested, like all the other bumps and bruises, but that single area didn’t settle down. If anything, it got worse.

Peter looked down and realized he’d swung himself directly into a bare flagpole. The metal rod had punched right through his stomach and come out the other side.

He steadied his feet as his breathing grew ragged. He shot a web above him onto a gargoyle’s face and prepared to pull off the pole. A few deep breaths, and he clenched his jaw.

Peter walked his feet up the wall, and blood ran free, dribbling off his suit in streams. He began to sweat.

If he didn’t get free and find help, he’d be in real trouble. And without Karen, there was no way to contact Tony without retracing his steps to his backpack.

Sweat beading under his suit and his arms shaking like tree branches in a storm, Peter finally released himself from the pole’s grip. For a moment, he was weightless, and then his web swung him into the building once more. Pain exploded, and he let go of the only thing holding him to the stones.

He didn’t remember hitting the pavement. He was out before he reached the ground.

Peter dreamed he was floating on a choppy sea, occasionally dipping below the dark waves, and sometimes rising into the gray light.

“Hold on,” pleaded an unfamiliar voice. “Please don’t die. We’re almost there.” It was a young voice. Not Tony. Not Cap. Not anyone he recognized.

Peter parted dry, chapped lips to tell whoever was on the water with him to call Tony Stark. He’d know what to do. But no words came out. Instead, a particularly strong wave knocked him back underwater.

Some time later, he lay on a wickedly hard surface, shivering in nothing but boxer shorts.

Where was his suit? He attempted to voice the question, but only managed a pathetic whine.

“I don’t know! But if I don’t stitch him up and stop the bleeding, he’ll die.”

Somebody smacked Peter hard in the face. “Stay awake!”

He blinked, offended and simultaneously sleepy. “Rhuhmm,” he managed. A terrified kid leaned into his eye line. He looked vaguely familiar. Or, his plaid shirt did anyway.

Peter forced his eyes open and found the second kid. Yep. They were the idiots who’d shot a pain pellet at him. They’d set him off course and caused all this mess.

I hate you, Peter tried to say. It sounded more like, “Unutoo.”

“That’s it,” the first kid encouraged. “I’m a big fan. I’d never forgive myself if I killed you.”

Peter ignored him and rolled his head so he could get a better view of what was going on around his belly button. The second kid was shakily stabbing a needle in and out of his torn flesh. Blood coated both his hands, Peter’s belly, the table beneath him…

But maybe it wasn’t as clear as he’d hoped because the second kid cut the end of his thread and motioned for his buddy to get ready.

“We’ve got to turn him over so I can sew up the exit wound.”

Oh, no. Peter tensed for pain.

The two teens grabbed him and rolled him. Peter’s strength left in a rush of blood. Call Tony Stark.

He was going to die in his underwear.

Someone was stroking Peter’s hair. Strong fingers ran in and out, massaging his scalp. It felt reeeeeeally good.

“Tony?” he called in a voice that hardly sounded like his own.

“No. My name’s Javier.” The fingers stilled in his hair. “Thank God you’re awake.” He leaned over Peter to see straight into his face.

That still felt like a very real possibility. Peter felt overheated. Spiders couldn’t regulate their temperatures, so Peter was unusually susceptible to fevers. Even a low-grade fever could put him out of commission. He carried meds in his backpack for just such an occasion. His backpack, though, was hiding somewhere in Queens.

The second teen burst into the room dragging bags of ice. “Help me get him in the tub.”

Why couldn’t Peter wake up for the fun stuff?

Peter was sure they tried to be gentle, but every time they jostled him, blood gushed from between the stitches. Step, gush. Step, gush. He hit the cold, hard tub and hardly noticed. His head rolled loose upon the unforgiving surface.

Water ran, inching up from his feet to lap at his hips with cold, cold water. With all the water, and then the ice, it was tough to tell if he was still bleeding. But his arms became useless weights at his sides, and the bathwater turned pink. Not a great sign.

He didn’t know what was worse—dying of a fever, dying of blood loss, or dying of hypothermia.

Unable to hold himself above the growing waterline, Peter sank into the tub and closed his eyes. Maybe he’d drown instead.

A crash sounded, and the bathroom door didn’t just bang open. It smashed right off the hinges and landed on top of the toilet in two pieces.

“We tried to help him,” Donny stammered. “We didn’t want anyone to know his identity.”

Tony, though, didn’t even spare them a glance. He went straight to Peter and stepped out of the suit so Peter could see his eyes.

“It’s okay. Bruce is in the med bay waiting for us.” He lifted Peter into his arms, Peter’s head snug against Tony’s shoulder, and he knew he was safe at last.

“I saw the CCTV footage.” Over his shoulder, Tony shouted, “Natasha, get these two idiots into custody and back to the Tower. And find the kid’s suit.” Turning his attention back on Peter, Tony said, “But I’m more concerned at the moment with blood loss. You’re as white as a ghost. Luckily, we’ve stockpiled cloned blood in your type.”

“They shot at you,” Tony snapped. “I have every right to scare the living daylights out of them.”

Tony carried Peter out of the apartment and up to the roof where a SHIELD helicopter staffed with EMTs waited. His body heat warmed Peter’s abused flesh, and he decided he wanted to sleep for the next twenty years or so.

“Found me,” Peter murmured as he drifted off.

“I’ll always find you, kid,” Tony promised. “No matter what.” 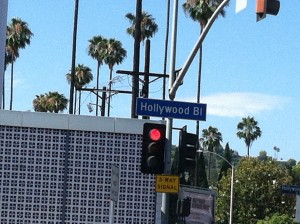 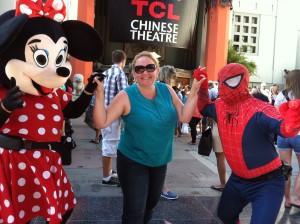 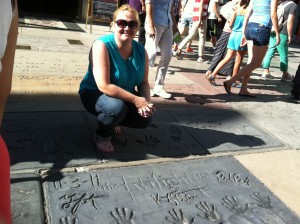 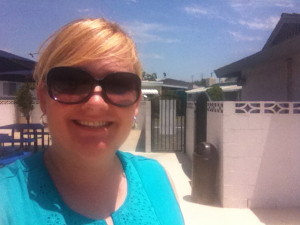 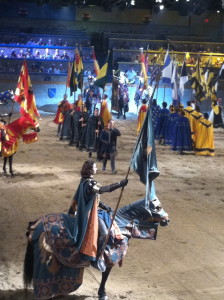 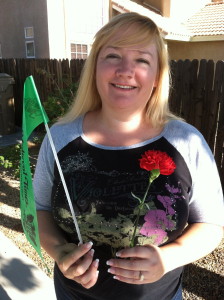 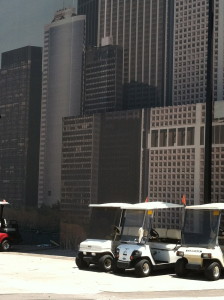 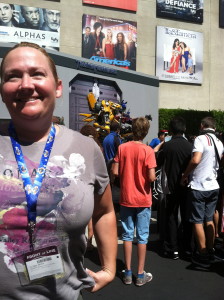